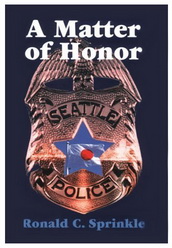 This is the story of one of the most unusual lawsuits ever. It was a libel case in the courts of Japan, based on events that occurred in Seattle, Washington. The parties to the case were the Nichiren Shoshu priesthood and Soka Gakkai, a lay organization of Nichiren Shoshu Buddhists.With about 15 million members, they make up the third largest political party in Japan (Kometo).They are very high profile in Japan and are in the news regularly. The case involved accusations that the High Priest of Nichiren Shoshu, Niken Abe, was involved in an incident with prostitutes and the police in Seattle before he became High Priest. This caused a tremendous amount of publicity and discussion within and outside of Soka Gakkai and Nichiren Shoshu. Niken Abbehad, in 1991, excommunicated the leader of Soka Gakkai, Daisaku Ikeda, a prominent world leader who has been awarded the United Nations Peace Award. The resulting libel suit, with the Priesthood suing Soka Gakkai, became a four-year trial in Japan. The author, Ronald Sprinkle, a key Seattle police officer involved in the incident, testified in the Japanese court which ultimately found that the story about Niken Abe that had been published in the Soka Gakkai newspaper was true.