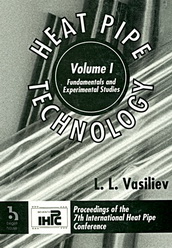 A gas controlled heat pipe was developed to be used as a temperature standard for the calibration of high temperature platinum resistance thermometers. It consists of an Inconel/Na/helium heat pipe which can cover the temperature range between the freezing point of A1 (660.323 °C) and the freezing point of Ag (961.78 °C), where other fixed points are not available. The paper describes the heat pipe and the computer controlled system developed for accurate and reproducible control of the pressure. The temperature characteristics of the heat pipe were accurately measured by means of high-temperature platinum resistance thermometers. The temperature uniformity, stability and reproducibility were checked at the millikelvin level in two identical heat pipes, controlled in parallel by the same pressure control system, and were shown to be comparable with those obtained with metal freezing points at high temperatures.