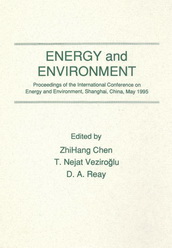 The purpose of this study is to examine the difference in heat transport rate between mercury heat pipes with and without screen mesh wick operating under the vertical bottom heat mode. There is a possibility that the operation of the heat pipe with a large amount of mercury leads to the container failure due to the violent geyser boiling. It is considered, therefore, to be effective to use the wick in order to reduce the geyser boiling, even if the heat pipe is used under the vertical bottom heat mode. In this study two kinds of heat pipes were used to examine the influence of equipping the wick on the heat transport rate. One of them has a two-layer wire-mesh-screen wick and the other one has no wick. As an index for comparing the performance of these heat pipes, the thickness of hypothetical mercury layer at the evaporator section tried to be used in this study. As the results of these tests, it is concluded that the heat transport rate of the heat pipe with the wick is reduced by about 30% at the vapor temperature of 600°C in comparison with the other wickless one, but the geyser boiling also reduces considerably, then the operating procedure for start- up becomes more safely.