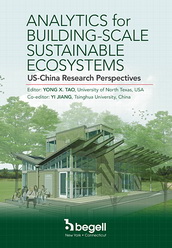 In recent years, there have been discussions regarding the impact air-conditioning refrigerants have on the environment, shifting from their impact on the ozone layer depletion to their direct effects on global warming. Global warming is the disruption of heat and energy balance between the Earth, its atmosphere, and space. Human activities, especially economic activities, have a significant contribution to global warming effects, most importantly through the emissions of greenhouse gases, such as carbon dioxide (CO2), methane, and nitrous oxide (N2O). The burning of fossil fuels combined with deforestation emits high levels of CO2, which is the most detrimental greenhouse gas, accounting for nearly half of the warming that has been experienced due to past emissions, and also for half of the projected future warming. The emission of these gases introduced a universally accepted phenomenon called the greenhouse effect, whereby certain gases in the Earth’s atmosphere are more transparent to the shortwave radiation from the sun than to the longwave reradiation from the Earth’s surface [1–3]. The Earth’s atmosphere traps solar radiation in a manner similar to a greenhouse. Major temperature increases, melting of ice caps, and subsequent rise in sea levels are just a few consequences exhibited through the emission of greenhouse gases. Consequently, the effort amongt industrialized nations to reduce the emissions of greenhouse gases has received extensive attention in order to reduce global warming.